A lot of people ask us how the Couch Guard acutally works to keep dogs off your couch. And the answer is in three ways, so let me explain!

Most dogs are scared of even just seeing the Couch Guards sitting on the sofa, and to be honest we’re not even exactly sure why or what’s going on in their doggie brains. But during all of our early testing, we found this to often be the case; we even put the Couch Guard on the dogs’ beds and they wouldn’t go near them. When we tested Ranger (below), we put a piece of chicken on the back of the couch with the Couch Guards in place, and he cried and couldn’t figure out how to get it! So, put the Couch Guards on the sofa and they likely won’t even try to get on! Would you?! 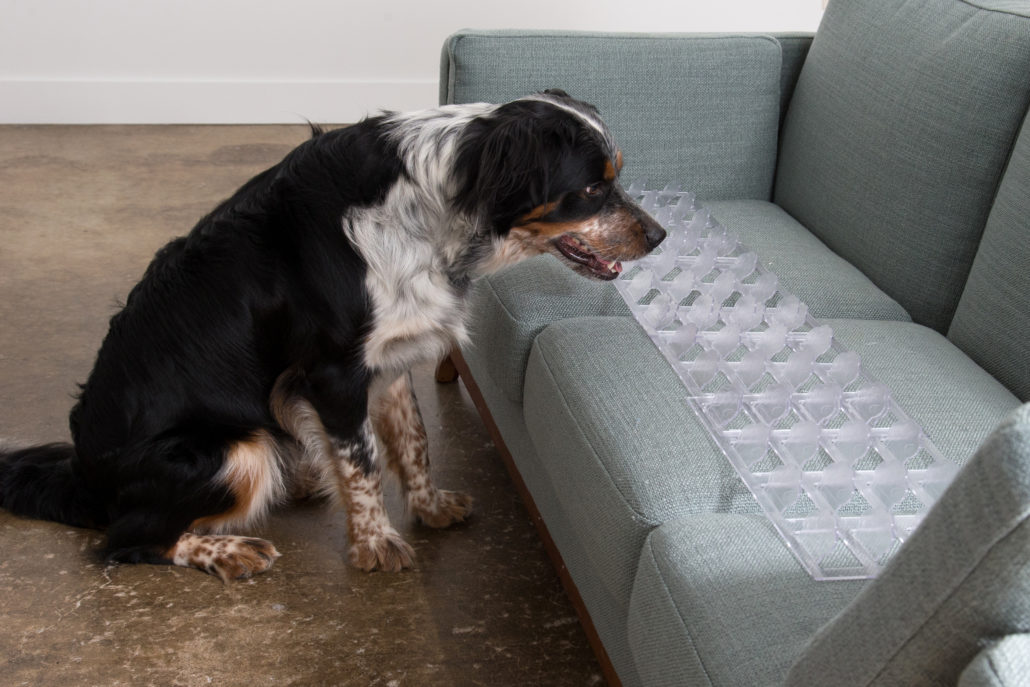 If your dog does try to get on the sofa even with the Couch Guards in place, it’s going to be uncomfortable. The Couch Guard is made of a tough polycarbonate material that’s not cozy, so your pup won’t hang around. But we specifically designed the raised paws with rounded edges so they won’t hurt the dog or your children. One thing I will note here is that for the Couch Guards to make a sufficiently uncomfortable surface, you need to cover the WHOLE couch or loveseat, not just part of it. Dogs are smart! So if they see an uncovered section of sofa, then they’re probably going to try to sit there! We have three sizes of Couch Guards to cover a wide range of surfaces: Small (which contains 2 interlocking sheets for chairs & loveseats), Medium (contains 4 sheets to cover average sofas), and Large (contains 6 sheets to cover an average sofa and chair or sectional). 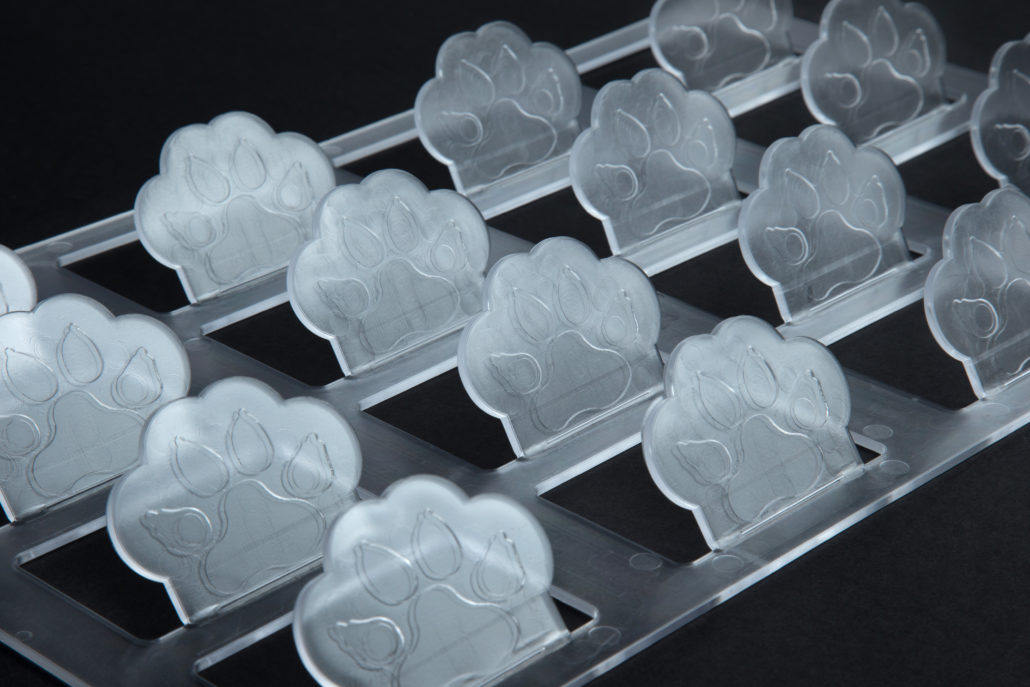 3 — Couch Guard is a training tool.

This is one of the most important aspects of using our Couch Guards. Your dog will eventually find other places to sleep and grow to prefer those places over the furniture. But don’t take our word for it, here’s a testimonial from a real Couch Guard user:

I thought I would pass on my comments concerning the Couch Guard I purchased.
I have a 100+ lbs German Shepherd (Jack) who was happy to sneak around at night and lounge
on one of our three couches. Being a German Shepherd he also sheds a trail of hair in his wake.
We were at wits end experimenting with all manner barrier material to stop him with little success.
When I saw your testimonial on the internet, I was impressed with your whole narrative and I was inspired to give your product a shot.
Upon receipt of the product we placed it on the den couch and watched Jack reprogram himself.
After three days, he had moved his affection to the basement couch and stayed well clear of the den couch.
We then moved the Couch Guard to the basement couch and kept it there for three days.
The end result was nothing short of a miracle. Jack has reprogramed himself to avoid sleeping on any elevated furniture.
We were so confident in his change we purchased a very expensive leather couch set and it remains in mint condition.
I can confidently say your product has saved me thousands of dollars and made Jack’s life a lot easier.
Once again, Thanks a million and bless all your hard work and efforts.

Your dog isn’t just a pet, he’s part of the family. Although there’s little doubt he enjoys spending time with you, he actually needs his own entertainment too & let’s be honest, sometimes it’s hard to find time for a walk. If you’re looking for something that will get your dog’s tail a wagging & keep them busy (remember — tired jaw, tired dog), these top five dog toys are some of our pups’ favorites. (Disclaimer: We have not been paid or asked to review these products, these are actual toys we’ve used and are giving our honest feedback).

Made from a specially formulated natural rubber with two-ply nylon, the Mammorth TireBiter is an interactive dog toy designed for playing fetch, tugging, and tossing. Perfect for aggressive chewers (aka our boxer-pitbull mix) this toy is not only fun, but long-lasting.

Made of natural rubber, this ball is designed to have a high bounce on impact, making it the ideal ball for games of toss and fetch. Use alone or with the medium Chuck It! Ball Launcher (our other dog’s personal fav!). 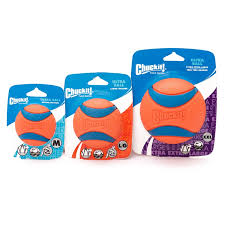 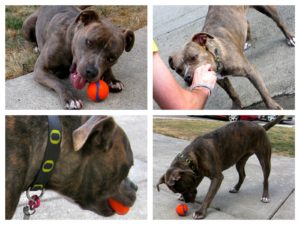 Available in 10 adorable characters, KONG Cozies are soft and cuddly, yet the extra layer of material on each plush toy means they are extra tough. Perfect for games of fetch or to provide comfort for your furkid while they are resting. We used a lot of soft toys for comfort when our younger dog was a puppy & crated a good bit, and he wasn’t able to destroy them. 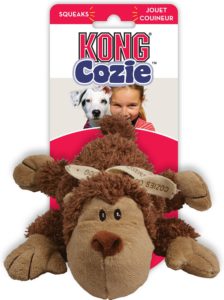 The original KONG — The KONG Extreme Dog Toy is designed for dogs that love to chew. Its all-natural rubber design is ultra-durable, so it’s made to last. Plus, it’s unpredictable bounce when dropped or thrown makes it a great toy for making dogs think and react. The design of the KONG Extreme Dog Toy allows you to place treats inside to add to the fun, or you can stuff the inside with peanut butter and freeze it to give your dog a frozen longer-lasting challenge. The KONG Extreme Dog Toy comes in a variety of sizes, making it perfect for everything from small puppies that are teething to large dogs like Great Danes that like to chew. 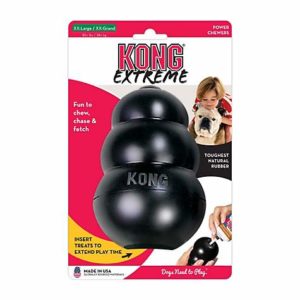 Have we mentioned we have a power-chewer? These are designed to help clean teeth and freshen breath, plus the Nylabone DuraChew Bacon Flavor Bone provides a unique texture that assists in a dog’s dental health during chew-time. As an added bonus, the tough nylon material tastes like bacon and lasts as long as the toy does. Available in X-small, small, medium, large, and X-large.

Happy pet owners mean happy pets! After a long day of playing with his favorite toy, your dog deserves a good rest – just maybe not on your nice clean couch. That’s why Peachtree Pet created Couch Guard. It’s the safe and effective way to keep your pet off the couch and other types of furniture. Click here to order yours now.

*Although these toys are made from heavy-duty materials, it is important to realize that not every toy is right for every dog. Always supervise your dog during playtime and inspect toys frequently. Remove the toy if you observe that there is damage.